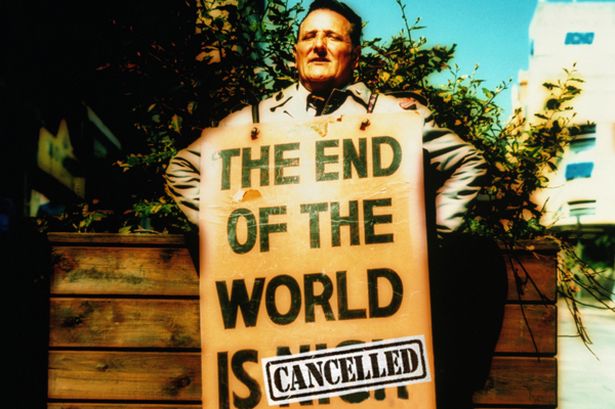 Two weeks ago, I met Dara O’Kearney for a coffee before we both attended the opening of the Science Gallery’s new exhibition ‘Risk Lab’ – an installation artwork/scientific experiment investigating “the psychology and mathematics underpinning the risks that surround every aspect of our lives, and our ability to assess and understand those risks”. (A big thank you to my BFF Dr. Eilis McGrath for sorting us out with an invitation.) I attempted to keep the conversation light but Dara was determined to bring it back to the imminent/current ‘Poker Apocalypse’ – painting me a picture of a hellish landscape where the last remaining top pros would wander the earth cannibalising one another until finally Zombie Ivey had nobody left to consume and had no choice other than to start suing the undead. You see, at the time, Dara was downswinging as were the majority of the lads we stake, as were all the lads he stakes on his own.

Contrary to popular belief, Dara is not an ‘everyday’s a winning day’ robot. Like any poker player, he has downswings and when he does, he is susceptible to those horrible feelings that accompany them. You know the ones I mean – frustration, exasperation, panic and probably worst of all, self-doubt. My role in this situation, as it has been for other poker pals, as it has been Dara’s role for me, was to console, encourage but most importantly, contextualise. You see, the thing about prolonged and expensive downswings is they destroy your ability to see the wood from the trees. You forget about all the money you have made, the success you have had and you focus solely on the now. Worse than that, you make determinations that the now will be the future too, that the recent pattern is the new status quo and you are destined to give back all the money you have made.

Dara’s argument was that it is inevitable that there will come a time when the margins for a winning poker player become so small that it will be difficult to make a consistent living. He pointed out that most poker players plateau, in that they stop improving at which point, the game soon passes them by. This is certainly true and with the sophistication of HUDs and other poker software, the online game has certainly morphed into a different animal. It’s hard data-interpretation warfare with the poker community as a whole gradually converging on the equilibrium. When this balance point is reached then the inevitable consequence is stalemate.

At this moment, the Poker Apocalypse will be upon us when the only long-term winner will be the poker site. It will be difficult to ascertain when this moment arrives as its reality will be obscured by the variance of the game itself. As Dara pointed out, it is really important not to be staking a massive stable of players when this time comes or else your exposure to the fall out will be multiplied and potentially catastrophic. He is correct about that. I just thought his timing was a little off.

The game of poker is still very beatable and we will see another poker boom as soon as the Americans are allowed back online. The Poker Apocalypse might be coming but I think it’s a decent way down the road yet. In fact, I think Ireland is actually on the rise as a poker nation, surging ahead of the curve at present. There is evidence of this in the past month – Ireland’s team win in the Nation’s Cup, Big Mick’s MVP award at it, Tom Kitt’s incredible Red Spade run, Jude Ainsworth’s consistent binkage across all networks, James Noonan’s $40K score in the Bigger109 and so many other scores, Sonya Blade’s Big109 victory 2 nights ago, Gavin O’Rourke’s Big55 2nd place and 30K Turbo victory, Dan Smyth’s pair of 2nd places in the $50K and $30K last week, Kevin Kileen’s 5-figure victory in the $50K, Daragh Davey’s Sunday Warm-Up 2nd place, Mark Smyth’s Hott55 2nd place, Peter Murphy’s Sunday Special FT, Feargal Nealon’s Big55 FT and umpteen Marbella packages and Emmet Mullin’s Wednesday Wiggle win.

Oh, and last but not least, Dara O’Kearney’s 5 tournament victories, including his third Pocket Fives Triple Crown. That’s right, Dara went home that night and won two tournaments, erasing his entire downswing by the end of the week. So too did half of the lads we stake and if not for the cruelty of deep run cross bars, so too would the other half.

At Risk Lab, one of the exhibits depicted a graph showing Ireland’s house prices from 1970 to the present, a period of economic boom followed by a debt-fueled bubble followed by the post bubble collapse. I jested that a graph of similar trajectory could be the poker economy over a similar period. In truth though, I think the current poker era is analagous to the turn of the century, that period of stability before the second boom. I just hope that when 2007 comes, we recognise it and know it’s time to get out.